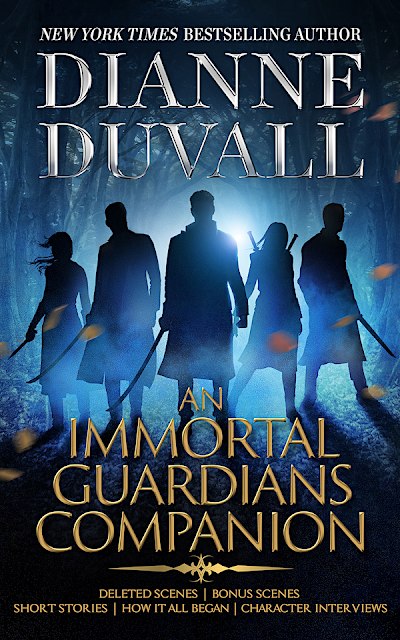 Now Available in eBook and Paperback!

Your favorite character, Sheldon, here. If you’re an Immortal Guardians fan, I think you’re really going to enjoy this companion. Dianne has packed it with over a dozen deleted scenes that feature many of the characters you’ve come to know and love plus a bonus scene from Cliff’s Descent that you won’t want to miss.

You’ll also find every character interview Dianne has ever written inside these pages. (Those of you who’ve encountered a few in the past know the ones I conduct are the best.) If you’ve never read one or you missed a few, then pick up a copy, sit back, and laugh while I interview Immortal Guardians and the loves of their lives for the network. Even Chris Reordon and Todd down at network headquarters get in on the action.

I also interview Dianne and ply her with questions I thought you’d like to ask her. Throw in a couple of short stories, what inspired the Immortal Guardians series, and a brief Who Does What Now? list, and you’re bound to enjoy it.

See you on the inside!

To celebrate the big release, I thought I would share both an excerpt and a teaser. I'll start with a teaser from one of the deleted scenes I've included in An Immortal Guardians Companion: 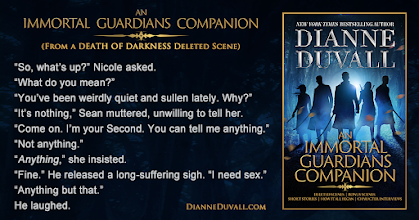 Now the excerpt. 😉 I've received so many emails and messages from Immortal Guardians fans, asking me where they can find the many character interviews I've written. So I'm very glad I was able to assemble them all for you in this series companion. Here's an excerpt from an earlier one (2012) in which Todd—one of the human guards at the network that aids Immortal Guardians—interviews Cliff, the vampire so many have come to love:

CLIFF: Look, I get why you and the others are pissed at him. But Bastien isn’t what you all think he is. Do you honestly think Dr. Lipton would love him if he were?

TODD: Considering how brilliant she is, I would think not, but . . .

CLIFF: If Bastien were the bastard you think him, he would have told everyone about that disastrous night you had with Cynthia last month and had a big laugh over it.

CLIFF: You know, the night you decided to spice things up in the bedroom with a little role-playing and . . . Wow. Your face just got really red. You aren’t having a stroke, are you?

TODD: How did you know about that?

CLIFF: Our hearing is extremely acute, and these walls aren’t soundproofed. Bastien and I heard you pour the whole humiliating story out to Derek.

CLIFF: Yes. And . . . a musketeer? Really? In what reality did you think that would be hot?

TODD: She reads historical romance novels! I thought she would think it dashing! [grimaces] And I didn’t know the boots would be so squeaky.

CLIFF: [lips twitch] Or that you would fumble the sword and—

TODD: Okay, in my defense, I’m used to wielding guns, not fencing foils. And if the feather and that big-ass hat brim hadn’t blocked my vision . . .

CLIFF: [grins] My point is that Bastien knows and didn’t tell a soul. He isn’t a bad guy, Todd. Perhaps if you interviewed him, you would see it for yourself.

I really like Todd. :-) I'm glad he was able to play a larger role in Cliff's Descent: A Vampire's Tale. He's such a nice guy. 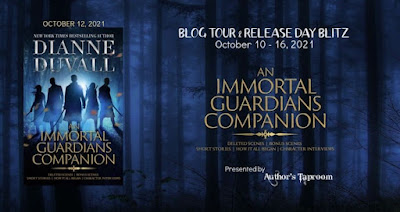 My Blog Tour celebrating the release of An Immortal Guardians Companion has begun, and it's off to a great start! Here are some of the stops I've made thus far:

Nerdy Novel Reviews
Dianne's Top 5 Favorite Horror Movies
(Halloween is, after all, just around the corner)

From the TBR Pile
Spotlight 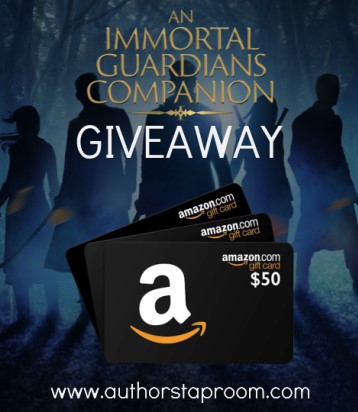 And did I mention there's a tour-wide giveaway? There will be more fun stops throughout the week. I hope you'll drop by, join the fun, and enter to win! You can find the full schedule at