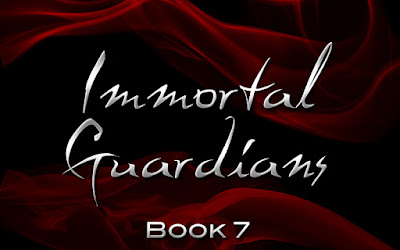 I have some fun news to share with you.  I've finished Immortal Guardians Book 7!  Woohoo!!  Aidan's book is in the hands of my editor.  I really like it and hope you will, too.  I should have a solid release date for you soon.  Until then . . . If all goes well, it will likely release in mid-September.  :-)

Some great reviews have been rolling in for Rendezvous with Yesterday, The Gifted Ones Book 2. 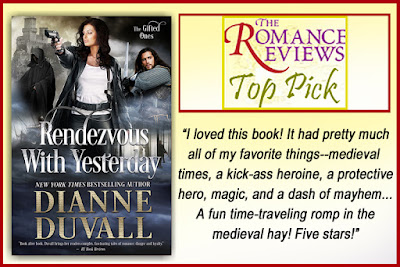 The Romance Reviews has declared Rendezvous with Yesterday (The Gofted Ones Book 2) a Top Pick and gave it a fabulous review!  Here's a snippet:


"I loved this book! It had pretty much all of my favorite things—medieval times, a kick-ass heroine, a protective hero, magic, and a dash of mayhem. The plot was steadily filled with one twist after another but never felt as if it were too busy. There was plenty of downtime in which to get to know our characters. And there were several of them."

"Bethany was a courageous and quick-witted woman . . . Robert was another highlight of the story. He was kind, loyal, and inquisitive . . . His men brought a lot of humor to the book, as well . . . Hilarious." 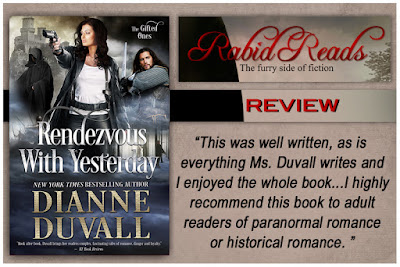 "I highly recommend this book to adult readers of paranormal romance or historical romance. It’s time travel, but it also has some special abilities that are involved as well. Fantastic read!" 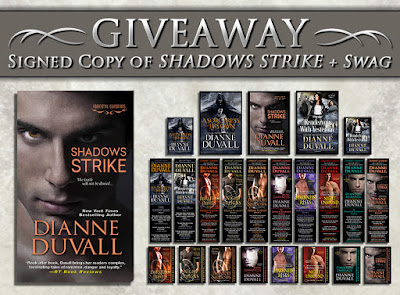 To celebrate finishing Aidan's book, I'm giving away a signed copy of its predecessor—Shadows Strike, Immortal Guardians Book 6—plus an Immortal Guardians and The Gifted Ones Swag Pack over on my Facebook page this weekend.  I hope you'll hop over and join the fun! 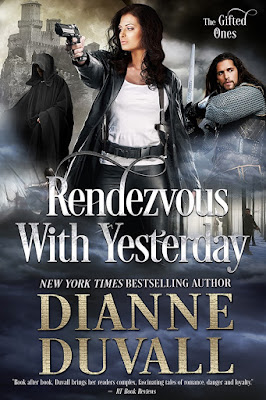 Chuckling, he tipped her chin up with one finger.  “You think me a mere apparition conjured by a broken mind?”

She nodded miserably and bit her lip again, drawing his gaze to it.

His pulse leapt.  “Then I suppose I shall have to prove otherwise.”

She was mid-hiccup when he dipped his head and touched his lips to hers.  He meant it to be a brief kiss, as light as a breeze.  But lightning struck.

At least, that was how it felt.

One tiny taste and sizzling heat arced through his veins, robbing him of his will and coaxing him to deepen the contact.

Beth froze in his arms, her only movement the erratic lifting of her breasts against his chest by residual sobs, and the softening of her full, pink lips.

Then she tentatively returned the gentle pressure.

And he was lost.

Her hands crept up his chest, slid over his shoulders, and dove into his hair.

Heart racing, Robert drew his tongue across the seam of her lips.

They parted on another gasp.

Groaning, he took swift advantage and delved within, exploring, caressing, stroking, and inflaming.

She moaned in response and rose onto her toes, sinking fully into him as her tongue dueled with his own.

Robert felt his control begin to slip and fought the need to slide his hands down those formfitting breeches, cup the bottom that had been rubbing against him, and grind her hard against his arousal.

A sensual shudder shook him.

Or, better yet, lift her up so she could wrap her legs around him and cradle him in between.

Dragging his lips from hers, he clutched her tightly for several heart-pounding seconds, then forced himself to relax his hold.

He leaned back just enough to look down at her.  Tears no longer fell, he was pleased to see.  Instead desire lit the eyes she raised to meet his own.

“Would an apparition do that?” he inquired, voice husky, already regretting the moment he would have to release her.

Her lips tilted up in a ghost of a smile.  “Probably.  But not half so well.  My imagination isn’t that vivid.”

Dianne
Posted by Dianne Duvall at 7:09 AM No comments: