Happy Friday!   I hope you all had a great week.  Mine has been incredibly busy.  I'm doing some post-production work on an independent film (day job) and have a very tight deadline; so basically I eat, I edit, I write, and -- if I have time -- I sleep.  I haven't spent hardly any time online, which has left me feeling weirdly disconnected.  But something really awesome did happen:  I heard from one of the reviewers to whom I sent an ARC of Night Reigns and . . . she liked it!  She said she read the whole book in one afternoon!  I was soooo happy to hear that!  I can't wait to read her review and will be sure to let you know when she posts it in December.  :-)

And now for the quote.  Today's Favorite Quote Friday selection is again taken from Night Reigns and is spoken by one of readers' favorite immortals:

Happy Friday!   I hope you all had a great week.  Writers, I hope your week was a productive one.  Readers, I hope you found some awesome new reads.  (Feel free to share, if you did.  I'm always looking for books to add to my TBR pile.)  I mentioned some of what I've been up to in my post yesterday.  I'm also still planning my Night Reigns Blog Tour.  I have some great stops scheduled so far and am look forward to adding more.  Don't worry.  There will be lots of contests!  ;-)
And now, on to the quote.  Today's Favorite Quote Friday selection is again culled from Night Reigns and is proclaimed by the hero:


"I can love Ami and kick ass at the same time.  I'm multifunctional."
~ Marcus ~
I hope you like it!   Take care!  And have a wonderful weekend!

Dianne
Posted by Dianne Duvall at 11:07 AM 3 comments:

News, Updates, and Whatnot

How is your week going?  I hope well.  Mine has been pretty good so far.  I like where Book 3 is taking me.  The world of the Immortal Guardians is really changing.  And I love being able to continue the stories of the heroes and heroines from Darkness Dawns and Night Reigns.

Darkness Dawns is being highlighted by Janine on The Season for Romance Blog today!!!  Woohoo!  She gave it an awesome 5-star Chart Topper review in which she said:


"It has all the best elements of paranormal romance: strong leads, outstanding world building, plenty of action, and an intimate romance.  I thought I’d read every possible spin on the vampire mythos but Duvall’s Darkness Dawns is both refreshing and compelling."
Comment for a chance to win a signed copy of Darkness Dawns + some Immortal Guardians swag. 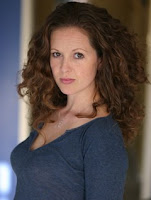 I just found out that Kirsten Potter will be reading Night Reigns for the audiobook, which will be released on December 6th with the other editions.  She's the same actress who read Darkness Dawns, and reviewers really liked her performance, so I was very happy to hear this.  According to her bio on the Tantor Audio website, she "has performed on stage, film, and television, including roles on Medium, Bones, and Judging Amy. An award-winning audiobook narrator, Kirsten has won AudioFile Earphones Awards for her reading of The Snowball by Alice Schroeder and her performance as Barbara in George Bernard Shaw's Major Barbara."
Whatnot
~~~~~~~~~~~~~~~ 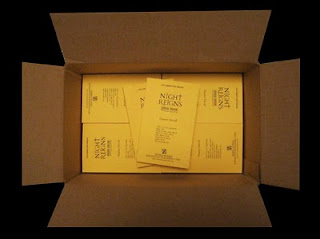 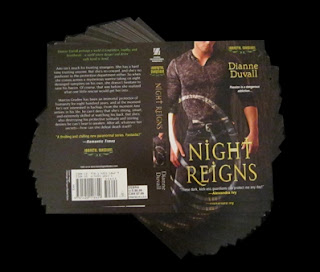 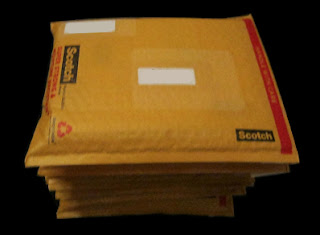 I've also started to send out Night Reigns ARCs to reviewers.  Now I'll spend the weeks until they post their reviews biting my nails and hoping they like it.  Then I'll do the same thing hoping readers will like it when it's released.  :-)  It's an exciting and nerve-racking time.  LOL!
Have a great day!

Woohoo!  It's Friday!   I hope you all had a great week.  I had a tense moment when one of the wildfires got too close for comfort, but the wind took it the other way and I'm relieved to say it's no longer a threat.  Other than that, I've been working on the third book in my Immortal Guardians series and planning my Night Reigns Blog Tour.  I met so many nice bloggers when planning my first blog tour.  It's been a real pleasure touching base with them again and meeting new ones.  :-)

Now for the quote.  Today's Favorite Quote Friday selection is once more taken from Night Reigns:

Seth exchanged a resigned stare with David.  "What has gotten into them tonight?"
David shrugged.  "Too much sugar?"

I hope you like it!   Take care!  And have a great weekend!

Dianne
Posted by Dianne Duvall at 4:54 AM 3 comments:

For today's installment of Immortal Guardians Music Monday, I've chosen a tune that has not yet appeared in the series, but makes me think of my immortals every time I hear it. When I first began writing Darkness Dawns and started world building, I decided I wanted my Immortal Guardians to be as indestructible as this creepy little guy: 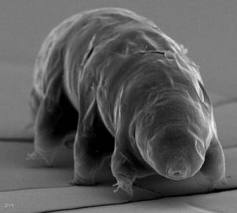 The Water Bear or Tardigrade
These microscopic creatures are so hardy they can withstand freezing temperatures or boiling water and can even survive in the vacuum of space.  They also don't age.  You might say they're immortal . . . much like certain beings in my paranormal romance series.  :-)  So I thought Disturbed's "Indestructible" would be particularly appropriate.  I hope you enjoy it!

Have a wonderful week!
Dianne
Posted by Dianne Duvall at 3:53 AM 4 comments:

Happy Friday!  I hope you all had a great week.  I've mainly been writing the third book in my Immortal Guardians series and planning my Night Reigns Blog Tour.  I ran into a few internet issues a couple of days ago -- still don't know what caused them -- that slowed things down to a crawl, so I haven't spent as much time online.  I have, however, prepared another favorite quote for you.

"How is kicking my ass going to help?" Marcus grouched.
Seth shrugged.  "Makes me feel better."
I hope you like it!  Take care!
Dianne
Posted by Dianne Duvall at 2:49 AM 4 comments:

I've found so many great new-to-me book blogs while participating in Feature and Follow Friday, also known as Follow My Book Blog Friday, hosted by Parajunkee's View and Allison Can Read, that I decided to join the fun again today.

Today they're featuring Lisa Loves Literature and have posed this question:
Q. If you could change the ending of any book (or series),
which book would you choose?  Why and to what?

This is a tough one.  A majority of the books I read are romance novels.  And I love the happily ever after endings they pretty much guarantee, so changing any of the endings would rob me of that.  I do recall reading a historical romance several years ago -- for some reason the title and author are eluding me -- which I thought could have had a great tragic ending.  I wouldn't have wanted to give up the happy one it provided.  But, if it were a DVD, I would've loved to see an alternate ending included.   :-)

The plot was reminiscent of Ladyhawke.  If you haven't seen that movie, the hero and heroine are cursed.  The hero takes the form of a wolf from dusk until dawn and the heroine takes the form of a hawk from dawn until dusk.  So, though they love each other, the two can never be together as a man and a woman.  In the romance novel I mentioned, a similar curse threatened to keep the hero and heroine apart.  The hero was a wolf, and the heroine was a deer.  The author did such a good job of making it seem impossible for the hero and heroine to ever be together as a man and a woman that I was almost (notice I said almost) disappointed when all was resolved in the last couple of pages and the two ultimately found their happily ever after.  It would have been such a great tragic romance.

But, as I said, I'm a sucker for a happy ending.  I did enjoy the book.  (I really wish I could remember the title, because now I want to go back and reread it.)  But I can appreciate tragedies, too.  :-)

What about you?  Any endings you would like to change?

Thanks so much for stopping by!  Have a great weekend!

It's that time again!  I'd like to mention first a great review of Darkness Dawns I just read by Parajunkee's View.  I missed it when it was posted in April and am so glad I found it.  Here's a link:

Now on to Favorite Quote Friday.  Today's selection will give you another sneak peek into Night Reigns, the second book in my Immortal Guardians series:


"Are you sure I can't talk you into leaving this old sod and
running away with me?  I do so love strong women."
~ Étienne ~
Only 94 days until its release!  Have a wonderful weekend!
Dianne
Posted by Dianne Duvall at 9:29 AM 2 comments: