Hello, all! I hope you had a nice week. We had some wonderfully dark, cloudy days here. And you know how much I love writing on dark days. 😉 The temperatures even dropped enough for me to have to cover some of my plants to protect them from a freeze. So it was a good one for me. 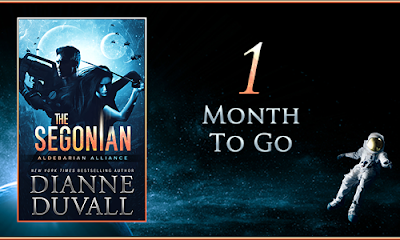 Tomorrow marks the 1 Month to Go countdown for the release of The Segonian. Woohoo!! I'm so excited! I can't wait for you to read it. If you're on Facebook, keep an eye out for a Countdown Giveaway. I'll probably launch one tomorrow (December 19th) on My Facebook Page. 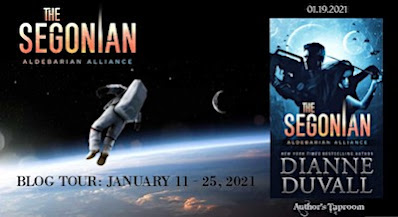 For the Book Bloggers, Bookstagrammers, and Facebook Influencers out there: There's still time to join my Segonian Blog Tour. There will be a cool tour-wide giveaway plus fun character interviews, exclusive excerpts, Author Q&As, a playlist, a dreamy dream cast, and more. If you'd like to participate, you can learn more and sign up HERE. 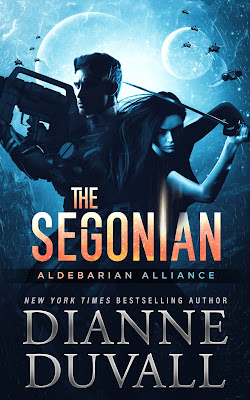 It's time once more for Favorite Quote Friday! I have had so much fun reading back through The Segonian, picking out snippets to share with you. I laughed so hard at some of the scenes. I really love these guys and hope you will, too. To whet your appetite for them, today I'm going to give you a sneak peek that features Dagon and Eliana and includes two of the Segonian soldiers she refers to as The Guys:

The infirmary door slid up.

Maarev poked his head out. He glanced up and down the hallway, inspected the walls, then focused on Dagon and Eliana, still standing in each other’s arms. He arched a brow. “Just thought I’d check to see if Eliana was out here punching holes in the walls. We have a wager going.”

She offered him a wry smile. “No. Dagon calmed me down.”

A twinkle of amusement entered the warrior’s eyes as he stepped out. “So I see. With a hug, apparently.”

Liden joined them in the hallway. A boyish grin lit his rugged features as he held out his arms. “Need any more calming down?”

She laughed . . . even as a low growl of irritation rumbled up from Dagon’s throat. “No, thank you.” Reluctantly stepping back, she took Dagon’s hand and twined her fingers through his. “We have a saying on Earth: Go big or go home.” She tossed Dagon—the tallest man present—a wink. “I’m going big.”

Thank you again, everyone who has pre-ordered The Segonian! A lot of audiobook lovers have been asking about the audiobook. The holidays always slow things down a bit, so it may take a little longer for the audiobook to appear on Audible than we'd hoped. I'll let you know when I see it go up for pre-order.

I hope you'll have a nice weekend! Take care and happy reading!

Posted by Dianne Duvall at 3:58 PM